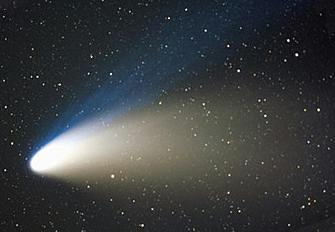 There are likely trillions of comets orbiting out beyond Pluto and even farther dwarf planets like Sedna and Eris.

Ranging from small rocks to city-sized worlds, these bodies are more like dirty snowballs than rocky planets or iron-ore asteroids.

Made out of mostly ice with some rock and “soil”, comets get their beautiful tails only on the rare occasion when one gets tugged by gravity in towards the sun, where the light of our local star vapourizes part of the comet.

Viewing: For more on when a comet may become bright enough to see in a telescope, binoculars or the naked-eye, make it a habit to check the observing sections of sites like Space.com and magazines such as Astronomy or the Canadian Sky News. For details on the status of all comets that might be bright enough to see on a given month, you can also try CometChasing.Skyhound.com 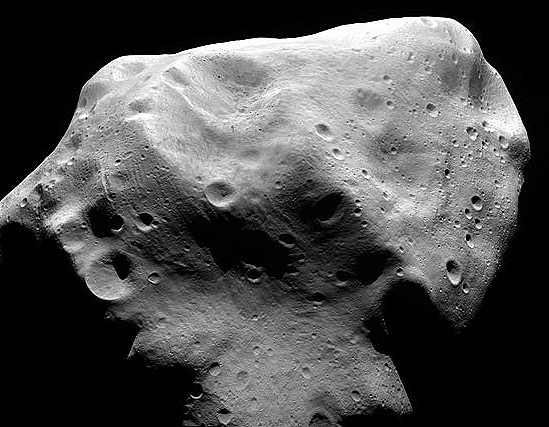 Asteroids, on the other hand, originated and have stayed nearby, orbiting by the millions at the inner/outer Solar System border, between Mars and Jupiter.

Asteroids can be made of rock, ice, ore, and other materials and can wander out of the asteroid belt, creating huge craters if they collide with a larger body such as the Moon.

Most scientists now believe an asteroid impact on Earth was what caused the extinction of non-avian dinosaurs 65 million years ago.

Viewing: For alerts on when a large asteroid might be visible, check the sources above. You can also see future dates and locations for the most prominent asteroids, like 500-km-wide Vesta, at http://www.nakedeyeplanets.com/vesta-2011.htm 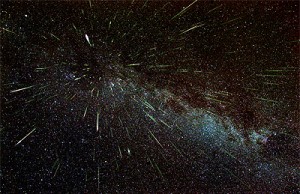 Every August 12, the annual Perseid Meteor Shower – the “Ol’ Faithful” of meteor showers – takes place. Even if you know this, what you might not know is that there is a meteor shower worth-watching almost every month.

Here’s a list of meteor showers that happen each year

For the Perseids in 2012, the later you can stay up to see the shower, the more you’ll be likely to see. Just before it’s all over, watch for Venus and the crescent Moon (also called the “Trolling Moon” when the “boat” of the crescent Moon pulls the fishing “tackle” of Venus behind it) below Jupiter, rising on the Eastern horizon at dawn on August 13. 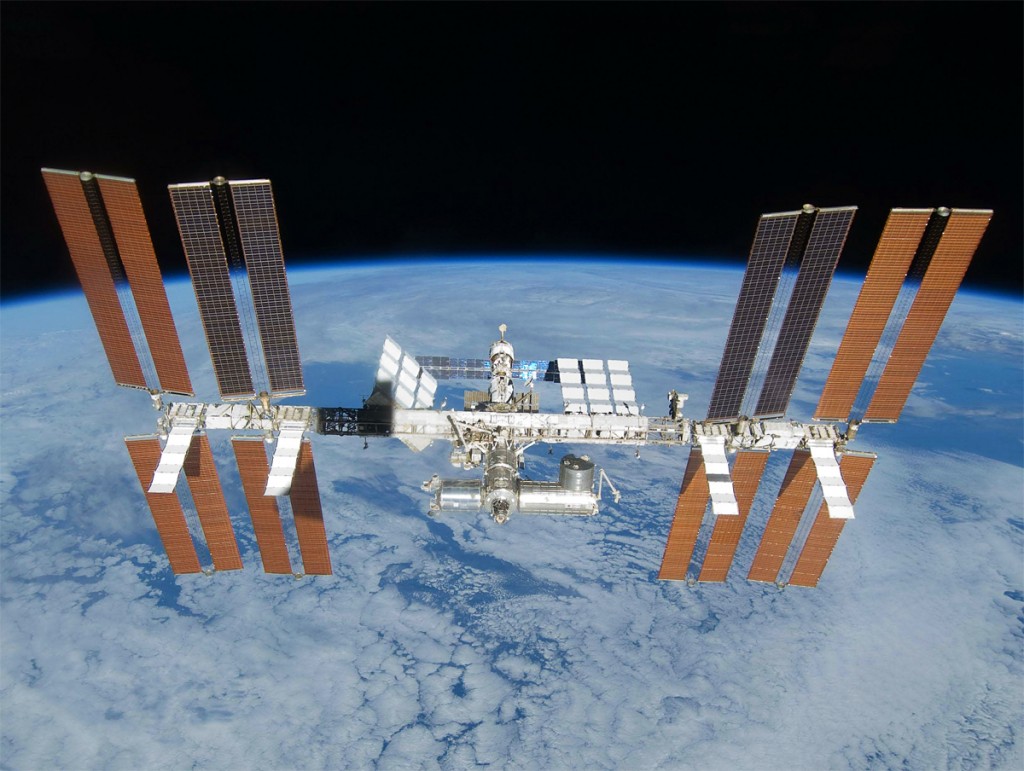 While some of the 5-15-metre-long replacements for NASA’s space shuttle are visible to the naked eye as they reach and settle in to orbit, by far the coolest human-made thing to see in the night sky is the International Space Station.

Spanning the dimensions of an entire football field (or the space of five NHL hockey rinks), the ISS is the largest multinational engineering project in history. (It should be! – it cost almost 1/10 of a trillion dollars to build.)

This orbiting science lab, space tourist destination, and future jumping-off-point to the Moon and beyond took a decade to build and hosts a crew of 6 engineers and researchers.

Viewing: To see the ISS pass over where you are…

You should be able to see the ISS move across the sky with your unaided eyes in most cases. With a pair of higher-power (more than x10) binoculars, you may be able to see the “T” or “H”-shaped structure of the ISS as it and its astronauts pass 400 km overhead at 28,000 km/h