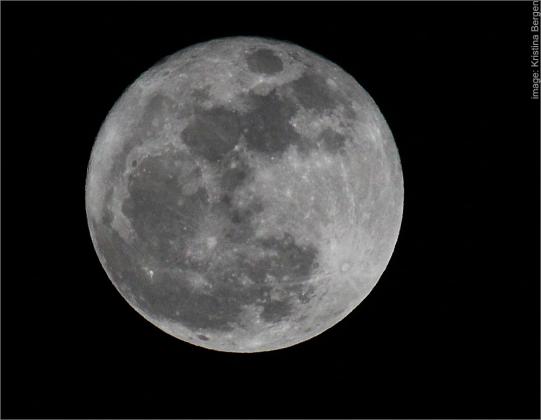 It’s that time of year again, when news sites and TV stations act like Mars is going to crash into the Pacific with a flaming 2012 Apocalypse comet tail: The dramatic rise of the yearly “super-moon”.

This phenomenon – while not easily perceptible by the average network news viewer – is indeed cool in that there are three reasons we see the moon as big in the sky:

– an effect called, simply “the horizon illusion” where things on the horizon look bigger compared to nearby houses, trees, etc..

The last one causes the Moon to range from about 350,000 km distance from Earth in its orbit to as close as about 285,000 km (I’ll put the exact number in tomorrow morning for those who are about to complain.)

When that happens (the Moon being only about 280,000 km away, not people complaining to me) at full moon, we have a “supermoon” as seen in the photo my wife Kristina took of last year’s event of the same name.

For more information on how to catch this on the weekend (beyond just looking up when it’s clear on Fri, Sat or Sun night), check out Space.com’s coverage: “Supermoon” might outshine meteor shower this weekend