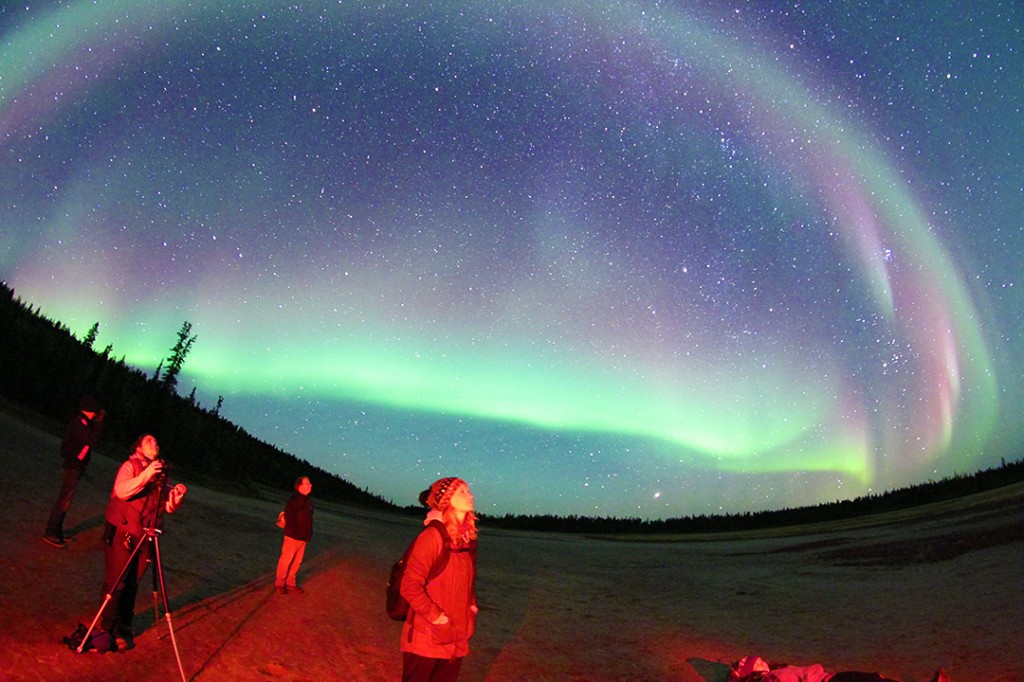 This month, I’ve had the honour of writing for Above & Beyond, the in-flight magazine of First Air – one of the airlines that generously brought me to the NWT to speak at their annual tourism AGM.

In that article, I wrote about some of the innovative new ways the Territory is empowering folks to take-in the majesty of the Northern Lights.

I also talked about revelations from Astronomy North and the Auroramax project, showing that Northern Lights activity in the North is constant over the 11-year sunspot cycle, and doesn’t wax-and-wane as previously-assumed.

As-promised at the end of the article, here on this page are some more images I took on the night described in the piece, as well as more info on the Northern Lighthouse project:

Also, here’s some more info on the new find about Northern Lights activity being constant year-over-year:

And finally, here’s a gallery of aurora photographer Yuichi Takasaka’s images of the Northern Lights over an entire 11-year solar cycle (note how they remain constant over that cycle):