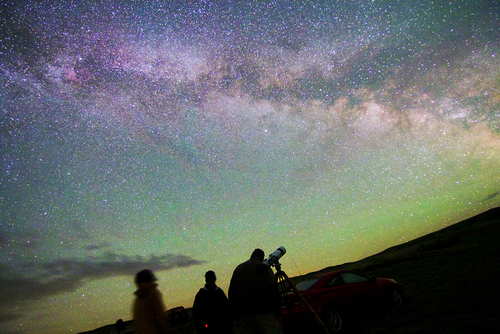 On the way back from the Canadian Science Writers’ Association conference just over a month ago, we stopped by the town of Val Marie, SK (pop. 136) on the edge of Grasslands National Park.

Two years later, we returned to more thoroughly explore the East Block of the park, which is so different and amazing, it really deserves to be considered its own separate dark sky preserve.

In the photos here, you can see the full glory of the Milky Way above the park, and high-altitude noctiluscent clouds, as well as the aquamarine hue of airglow in the Earth’s atmosphere (only visible from the darkest places on the planet) as well as the ISS streaking overhead in the blackness.

This lone (and lone) prairie habitat in the Parks Canada system recently doubled its yearly visitors from 5,000 to almost 10,000. 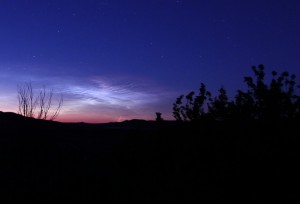 How did Grasslands do it? The chief new attractions have been the rare, re-introduced Black-footed ferret and an RASC dark sky preserve designation.

With 11,000+ square/km Jasper becoming the largest dark sky preserve on Earth (as of 2011) Grasslands is still comfortably the second largest in area (about 1,000 sq km) and the one with the best views in Canada down to the horizon.

We stayed in authentic tipis at The Crossing – on the edge of the park and close to one of its prime stargazing sites. For more, check out my dark sky column on Grasslands in the November 100th issue of Sky News magazine… 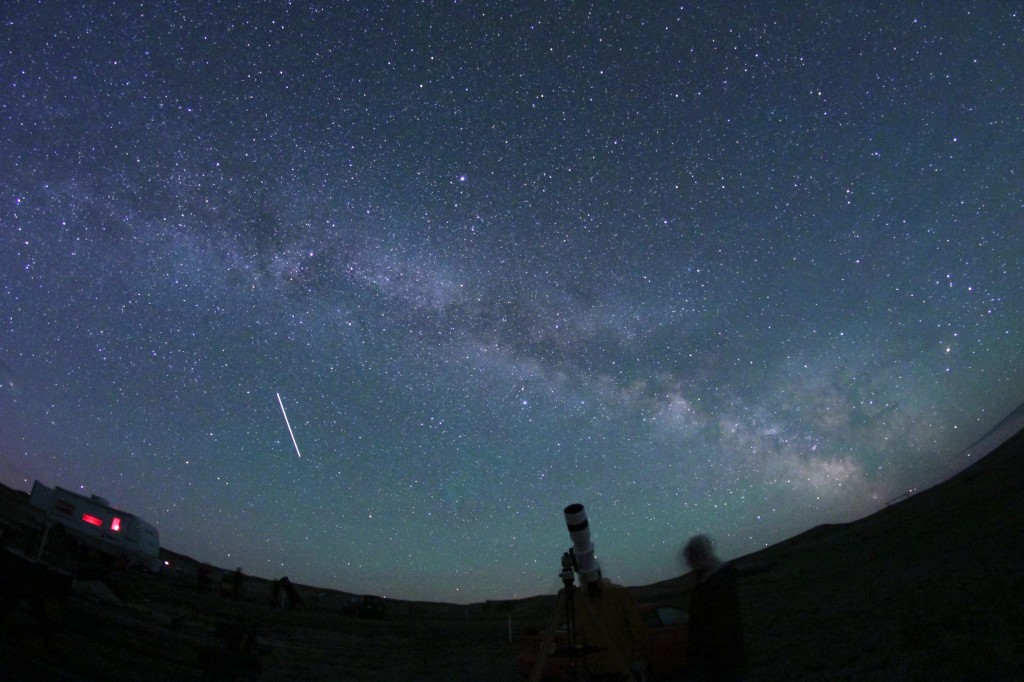