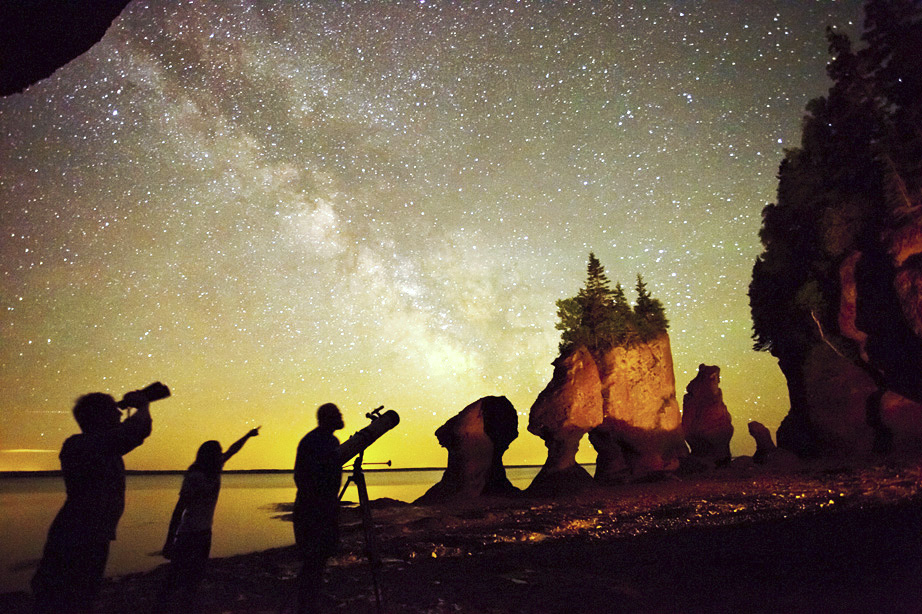 Back in May of this year, I had the chance to tour the dark sky preserves of Canada’s Maritime provinces (five in-all.)

One of my favourites – day or night – was New Brunswick’s Fundy National Park and The Hopewell Rocks, about 35 minutes south of Moncton.

You can read all about these areas in the Jan/Feb 2014 issue of SkyNews: The Canadian Magazine of Astronomy & Stargazing (available at Walmart, select Shoppers Drug Marts, many large news stands and via print or digital subscription.)

Here below are the ‘Wilderness Astronomer’ web extras mentioned in the Jan/Feb 2014 print edition of the magazine: 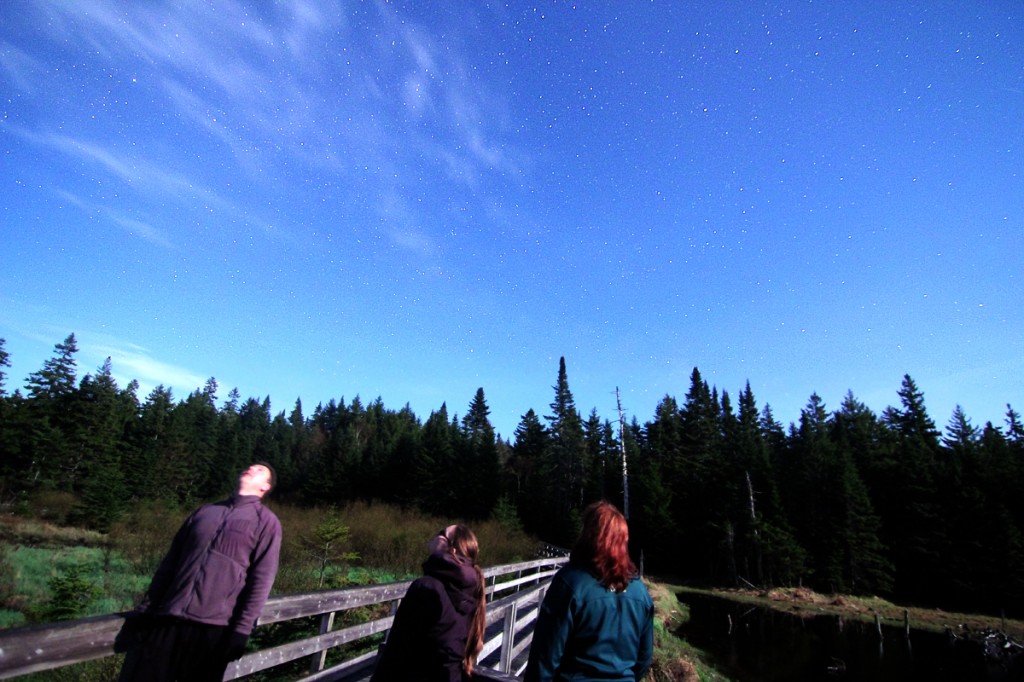 Guides, maps, event calendars (including star parties), and more New Brunswick astronomy in/near these parks and throughout New Brunswick, check out the New Brunswick Centre of the Royal Astronomical Society of Canada (RASC)

Here’s Kevin Snair’s video of the unexplained green glow observed this summer in the Bay of Fundy (NEW – possible explanation): 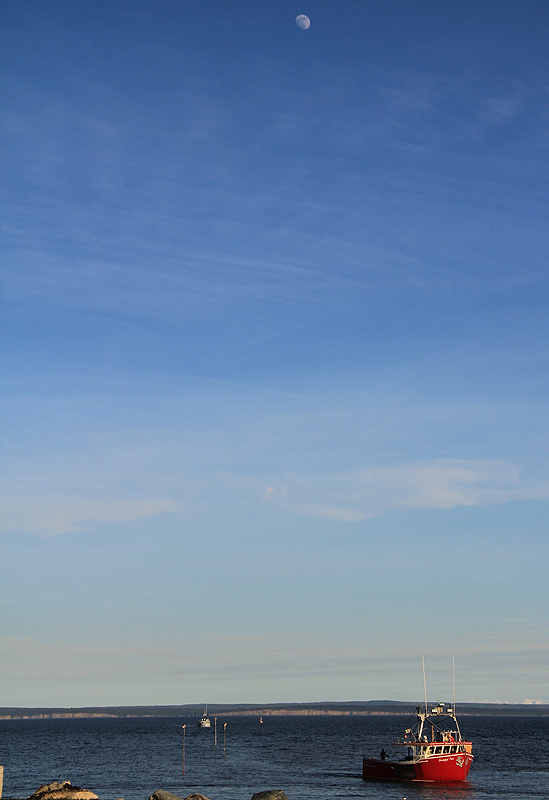 Accommodations in and near Fundy National Park

Accommodations in and near The Hopewell Rocks

The Artisan and Coastal Suites
Innisfree B&B (Tripadvisor 2013 Award of Excellence Winner *** They will also be offering guided evening tours of The Hopewell Rocks – For more info, email kevin@creativeimagery.ca ***)
Other accommodations near the Hopewell Rocks

An Octopus Garden (ranked #1 in Alma)
Alma Lobster Shop
Tides Restaurant at The Parkland Village Inn (food pictured at right) As with almost all dining in Alma, NB, nearly everything is caught fresh the day you eat it 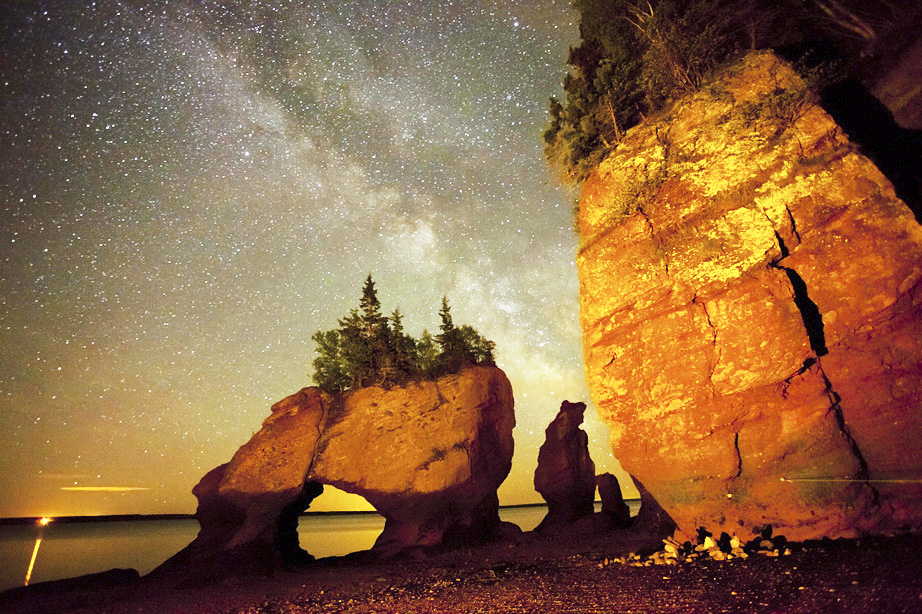 Many thanks to the folks at Tourism New Brunswick (tourismnewbrunswick.ca), whose generous travel and accommodation funding made this leg of the Wilderness Astronomer Maritime tour possible.

Thanks especially to Alison Aiton, who shepherded me through the province in the planning stages, and even brought additional literature to me in-person on one of my first days in the province.

*** NOTE: The print article correctly specifies that Fundy National Park and The Hopewell Rocks are two distinct areas separated by more than a half-hour of driving. However, the caption for the photo in the print edition implies that the two are one park, which they are not…Just sayin’…PM***