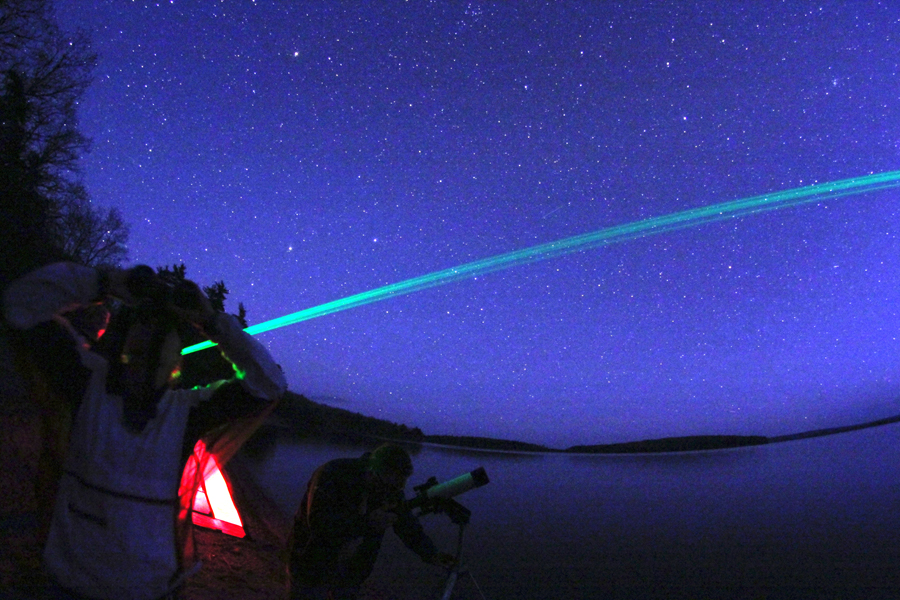 Back in May of this year, I had the chance to tour the dark sky preserves of Canada’s Maritime provinces (all five of them!)

First-up was Nova Scotia’s Kejimkujik National Park, a few hours south of Halifax, not far inland from the South Shore*.

You can read all about the park in the Nov/Dec 2013 issue of SkyNews: The Canadian Magazine of Astronomy & Stargazing (available at Walmart, select Shoppers Drug Marts, and many large news stands.)

Here below are the web extras mentioned in theNov/Dec 2013 print edition of the magazine: 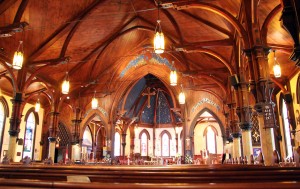 As-promised in the print edition, here are some more images of the interior of St John’s and a few high-res closeups of the constellations on the domed ceiling above the altar.

Each of these stars was painstakingly recreated from photos of the original church before it burned nearly to the ground in 2001. (Researchers used the consumer software Starry Night to piece together the when-&-where of the sky first created inside the church 250 years ago, which turns out to be the view at night from Lunenburg on December 25, 0 AD.) 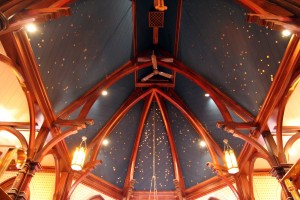 Unlike the recreation, the original ceiling was created by an unknown person without the aid of digital tools or access to the Internet.

Such a person would have to have had a staggering amount of talent, not to mention patience! 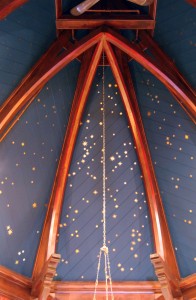 Accommodations in and near Keji

The Cascades cafe at Mersey River Chalets
Whitman Inn breakfast, lunch, & dinner menus (ask about bag lunches and traditional German fare) as well as a selection of beers and wines
The Wilder Restaurant

Guides, maps, event calendars (including star parties – next major one is Aug 15-17, 2014), and more (For more on astronomy activities at the park, you can also check out the Halifax RASC)

Keji superintendent Eric LeBel (pictured in the shot below and at the top of this page) is an avid nature photographer who’s often out capturing photos of the park and posting them for visitors to enjoy. 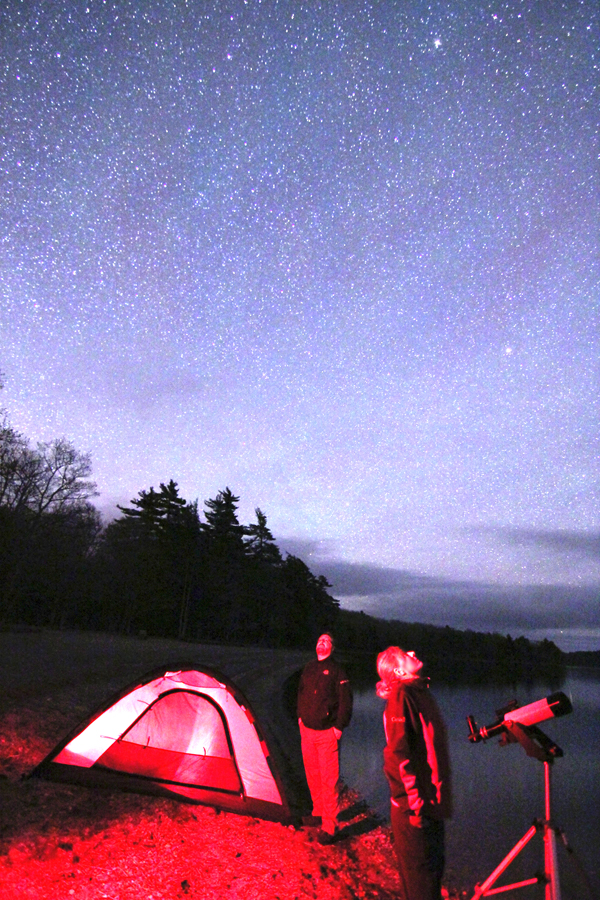 Here below are some of the insights from my interview with Eric while I was in the park:

Peter McMahon: “How have you found the change from the skies at your previous job in Parks Canada administrative offices to being back in the midst of a national park?”

Eric LeBel: “It’s incredible what a difference it makes go from city skies to being out here…I’ve had so many backcountry experiences – those ‘big sky’ experiences like you’d have out west on the Prairies – Keji gives you a bit of a sense of what that’s like, close to the Atlantic.”

PM: “So are you starting to add more astronomy products to your roster of visitor experiences in the park?”

EL: “The night sky is a very important part of out interpretive and visitor experience strategy – We try to integrate astronomy into as many aspects as possible for visits to the park.”

PM: “What’s the most amazing thing you’ve seen so far at night here in the park?”

EL: “I was finishing a hike one evening before the park was open and by the time I got back to the parking lot, it was totally black, the coyotes were singing, and the stars were blazing. It was just amazing.

Now, we’re trying everyday to create such experiences for visitors…Ones that stay with you forever…We really want to empower visitors to take home as a souvenir their day sky adventures here in the park.”

As-mentioned in the print edition – many thanks to the folks at Nova Scotia Tourism (novascotia.com), whose generous travel and accommodation funding made this leg of the Wilderness Astronomer Maritime tour possible. You guys (especially Pam W) rock.

* The full Kejimkujik article in the Nov/Dec 2013 print edition of SkyNews magazine references the Southern Shore of Nova Scotia as the “eastern shore”…My apologies to any Bluenosers who may have been offended ; )