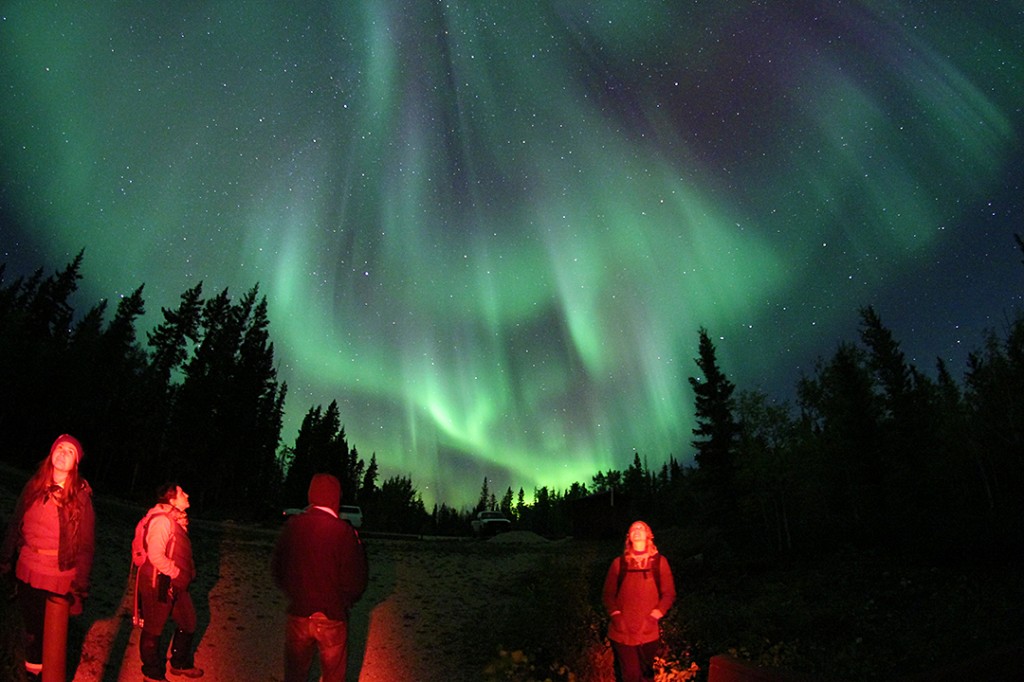 At 44,000 square km, “Wood Buff'” is now the undisputed largest dark sky park in the world. 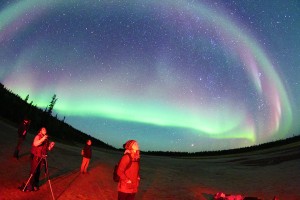 It’s so big in-fact, that you could fit all of Switzerland (or Saturn’s moon Mimas) inside its longest dimension.

Here now are some of the photos I took in-and-near the park while a magnificent set of auroras flared up over four gloriously clear nights.

This is one of the latest shoots on which I used an astro-modified Canon 60D, mounted on a Vixen Polarie tracker. 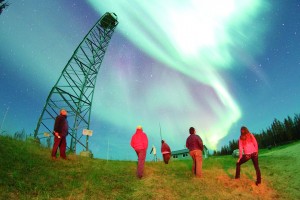 The whole tripod-mounted setup let me track the stars while still capturing the surrounding terrain, its people, and the quick-moving subtle details of the aurora.

Stay tuned for more in my “Wilderness Astronomer” column in a 2014 edition of SkyNews: The Canadian Magazine of Astronomy & Stargazing.

Meanwhile, check out the relaunched online presence of SkyNews. It’s at skynews.ca