On-assignment for Sky News magazine, I was lucky enough to be invited to view the Transit of Venus (next one’s in 2117 in case you missed this one) at Point Pelee National Park – one of North America’s premiere birdwatching locales and – as of 2006 – an RASC-designated dark sky preserve.

Because of our location in this migratory bird-watching haven, we ended up with the added treat of seeing thousands of swallows, warblers, and other species flit occasionally in front of our telescope views.

The park is so far south, members of the Windsor Centre have successfully photographed the southern-hemisphere star cluster Omega Centauri from Point Pelee.

It’s also the only place anywhere near Windsor/Detroit where you can see the Milky Way.

After the Sun & Venus had set in this avian & astronomy eco-preserve, we took in fine telescope views of Mars and Saturn, including the ringed planet’s giant moon Titan (above) while a seagull transits the sun with Venus, June 5 (below) 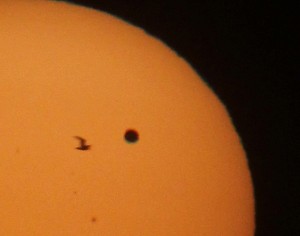 Here are some of the local gear shops, restaurants, and accommodations I didn’t have time to mention in the magazine: 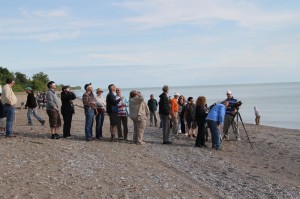 By far, my personal favourite find in the area isn’t a fish place, but Leamington’s Roy Thai, one of Ontario’s tastiest Thai menus, by-far. 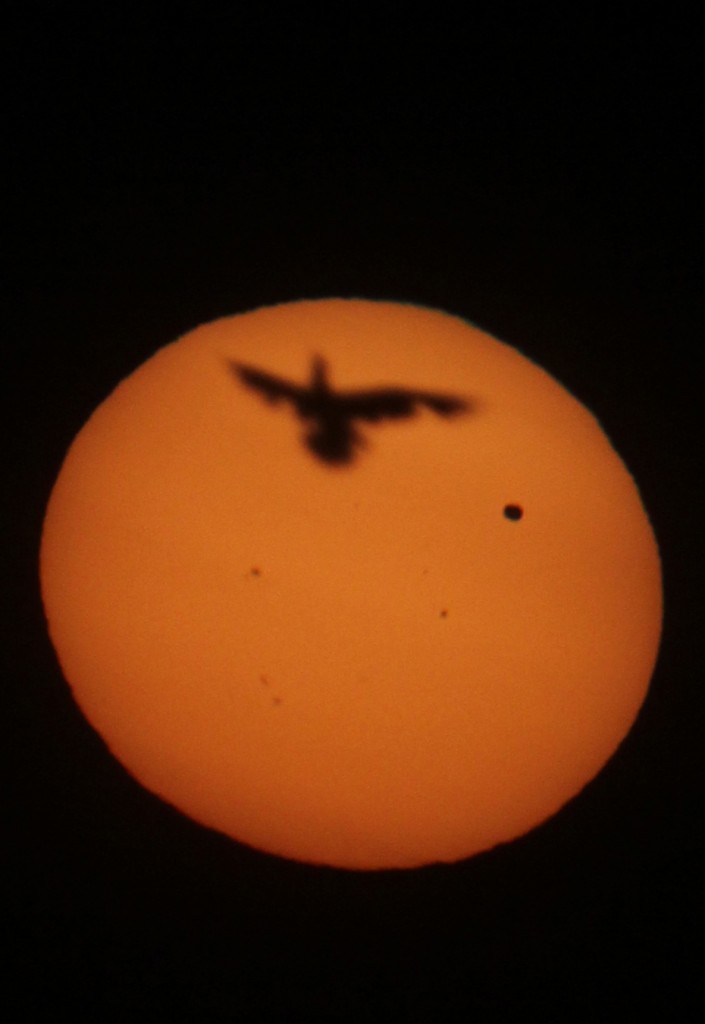 If full, there are two other hotel/motel chain alternatives nearby:

Pelee Wings Nature Store is perhaps the closest telescope and binocular store in the world to a dark sky preserve. They also sell kayaks.

(Above: Venus transits the setting sun behind the birds of Point Pelee as onlookers observe through filtered telescopes on Lake Erie. All photos by Peter McMahon from Point Pelee National Park, Ontario)